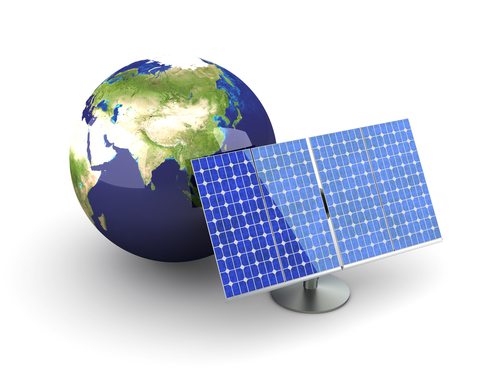 Solar Energy is one of the fastest growing ways to generate electricity. It is estimated that by 2050, solar energy will produce close to one quarter of the world’s total energy.

Solar PV has long been seen as a clean sustainable energy technology that draws upon our planet’s most plentiful and widely distributed renewable energy source – the sun.

HitekNOFAL Renewables is a newly formed division with the aim of offering innovative solar energy solutions to its already large customer base.

PV is a method for generating electric power using solar cells and sunlight; it refers to light photons exciting solar cell electrons into a higher state of energy, acting as charge carriers creating an electric current.

The DC electricity is then converted to AC via inverters and is used to power equipment or to recharge batteries for later use.

Photovoltaic system types can be broadly classified to the following:

a.  Grid-Tied Solar Systems – a solar system that is connected to the local utility power grid

b.  Off-Grid Solar Systems – a stand-alone solar system that has no access to any utility power grid

c.  Hybrid Solar Systems – a solar system that combines the best of both grid-tied and off-grid  systems. It is either  described as off-grid solar with utility backup power, or grid-tied solar with extra battery storage.

For optimum performance, solar trackers are used to assure maximizing the time the panels are facing the sun, by continually moving the PV panels to follow the sun. Using trackers increases the performance by 20% in winter and by 50% in summer. Performance is also improved by adjusting the angle for summer or winter.